Description of Sex Difference as Prescription for Sex Change: On the origins of facial feminization surgery

This article explores the research project that led to the development of facial feminization surgery, a set of bone and soft tissue reconstructive surgical procedures intended to feminize the faces of male-to-female trans- women. Conducted by a pioneering surgeon in the mid-1980s, this research consisted of three steps: (1) assessments of sexual differences of the skull taken from early 20th-century physical anthropology, (2) the application of statistical analyses taken from late 20th-century orthodontic research, and (3) the vetting of this new morphological and metric knowledge in a dry skull collection. When the ‘feminine type’ of early 20th-century physical anthropology was made to articulate with the ‘female mean’ of 1970s’ statistical analysis, these two very different epistemological artifacts worked together to produce something new: a singular model of a distinctively female skull. In this article, I show how the development of facial feminization surgery worked across epistemic styles, transforming historically racialized and gendered descriptions of sex difference into contemporary surgical prescriptions for sex change. Fundamental to this transformation was an explicit invocation of the scientific origins of facial sexual dimorphism, a claim that frames surgical sex change of the face as not only possible, but objectively certain.

​Reconceiving the Body: A Surgical Genealogy of Trans- Therapeutics 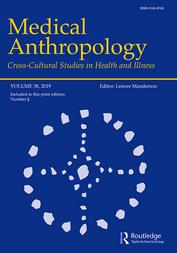 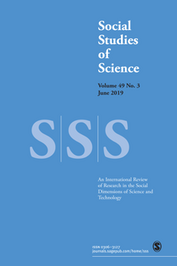 Trans* surgery has been an object of fantasy, derision, refusal, and triumph. Contributors to this issue explore the vital and contested place of surgical intervention in the making of trans* bodies, theories, and practices. For decades, clinicians considered a desire for reconstructive genital surgery to be the linchpin of the transsexual diagnosis. In the 1990s, new histories of trans* clinical practice challenged the institutional claim that transsexuals all wanted genital surgery, and trans* authors began to argue for their surgically altered bodies as sites of power rather than capitulation. Subsequent contestations of the medico-surgical framework helped mark the emergence of “transgender” as an alternative, more inclusive term for gender nonconforming subjects who were sometimes less concerned with surgical intervention. Contributors move beyond medical issue to engage “the surgical” in its many forms, exploring how trans* surgery has been construed and presented across different discursive forms and how these representations of trans* surgeries have helped and/or limited understanding of trans* identities and bodies and shaped the evolution of trans* politics. 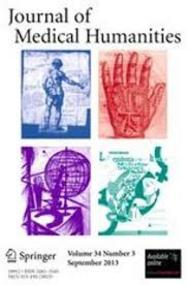 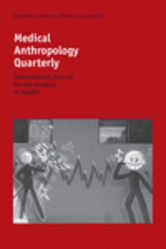 Formations of Femininity: Science and Aesthetics in Facial Feminization Surgery

​Facial feminization surgery (FFS) is a set of bone and soft tissue reconstructive surgical procedures intended to feminize the faces of trans- women in order to make their identities as women recognizable to others. In this article, I explore how the identification of facial femininity was negotiated in two FFS surgeons’ practices. One committed to the metrics of normal skeletal form and the other to aspirational aesthetics of individual optimization; I argue that surgeons’ competing clinical approaches illustrate a constitutive tension in the proliferating therapeutic logics of trans- medicine. The growing popularity of surgical practices like FFS demonstrates a shift in American trans- therapeutics away from a singular focus on the genitalia as the location of bodily sex and toward understandings of sex as a product of social recognition. 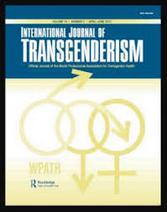 Winner of the Ruth Benedict Prize for outstanding monograph of 2017 from the Association for Queer Anthropology.

Facial gender confirmation surgery (FGCS), also popularly known and referred to in the scientific literature as facial feminization surgery (FFS), was previously treated as a collection of aesthetic procedures complementing other aspects of gender-confirming surgery. Recent literature on quality-of-life outcomes following FGCS has supported the substantial impact these procedures have on overall well-being and reduction of psychosocial sequelae in patients. The World Professional Association for Transgender Health Standards of Care, Version 7 (WPATH SOC 7), did not deem FGCS a medical necessity. Based on these new studies, increasing evidence points to the need to include FGCS among medically necessary gender-confirming surgeries, though more-prospective studies are needed. Updates to the WPATH SOC 8 are proposed based on available quality of life studies. 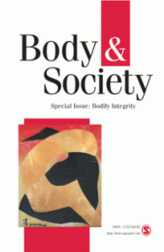 "In the early 1990s, Judith Butler theorized a new performative model of sex/gender; now Eric Plemons provides us with an exemplary ethnographic analysis of how that discursive model materialized as surgical practice, transforming medical treatment for transfeminine people along the way. It is a readable, well-argued, and deeply informed account of how what counts as 'sex' has shifted from genitals to faces over the last few decades. It is of interest not only to members of trans* communities, but to anyone working in the history or anthropology of medicine, and to scholars of gender, sexuality and embodiment more generally." — Susan Stryker, coeditor of The Transgender Studies Reader

​"What does a woman look like? This fascinating ethnography of facial feminization surgery made me see that question in a new light. There is much here that troubles social constructionist accounts of gender. Sex inheres in skulls and jaws. By reshaping them in line with sex-specific population norms, surgeons help their patients to reach the ultimate frontier in 'passing' as women. But equally Eric Plemons shows that transient beauty ideals and different surgical practices guide sex transformation. A rigorous analysis that is also a sensitive portrayal of the embodied experiences of trans- people." — Alexander Edmonds, author of, Pretty Modern: Beauty, Sex, and Plastic Surgery in Brazil

A Capable Surgeon and a Willingness Electrologist: Challenges to the Expansion of Transgender Surgical Care in the United States

Since 2014, public and private insurance coverage for transgender Americans’ surgical care has increased exponentially. Training clinicians and equipping institutions to meet the surge in demand has not been as rapid. Through ethnographic research at a surgical workshop focused on trans- genital reconstruction and in a U.S. hospital working to grow its transgender health program, this article shows that effects of the decades-long insurance exclusion of trans- surgery are not easily remedied through the recent event of its inclusion because patient access is not the only thing that has been restricted by coverage denial. Decades of excluding coverage for trans- genital reconstructive surgery have limited the development and circulation of technical skills required to perform these procedures, as well as the administrative processes needed to integrate them into existing clinical workflows. One surgeon estimates that turning expanded access into realized care is “a five or six-year problem.” 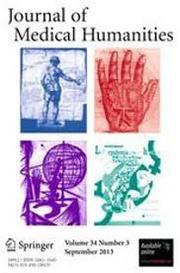 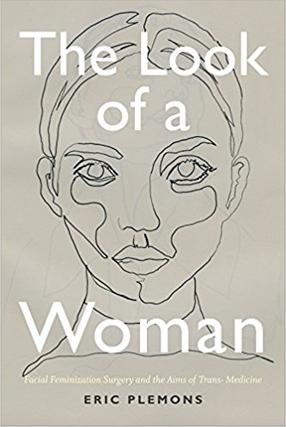 Not Here: Catholic Hospital Systems and the Restriction Against Transgender Healthcare.

In this article, I examine how the liceity of transgender surgical procedures has been discussed by contemporary American Catholic bioethicists, with attention to how they justify and explain ongoing denials of care. As I will show, Catholic debates about the ethical status of transgender healthcare contribute to the surging American discourse of “religious liberty,” in which it is “freedom of conscience” that exempts Catholic institutions from the duty of providing best-practice medicine. This line of argumentation, well rehearsed with regards to reproductive and end-of-life care, is being newly and somewhat differently applied in the case of transgender medicine. I argue that within this discourse, the contentious status of the transgender body is used as a moral lever to expand the penumbra of “conscience-based” exemptions beyond the issues of life and death that have dominated Catholic healthcare debates for decades. 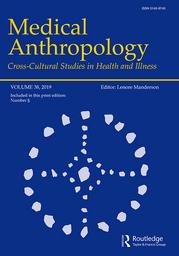 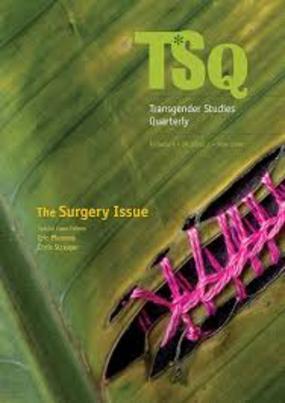 Bodies that Satisfy: Notes on a Category of Surgical Evaluation

It is as it does: genital form and function in sex reassignment surgery

​Surgeons who perform sex reassignment surgeries (SRS) define their goals and evaluate their outcomes in terms of two kinds of results: aesthetic and functional. Since the neogenitals fashioned through sex reassignment surgeries do not enable reproductive function, surgeons must determine what the function of the genitals is or ought to be. A review of surgical literature demonstrates that questions of what constitute genital form and function, while putatively answered in the operating room, are not answerable in the discourses of clinical evaluation used to define them. When the genitals--the word itself derived from the Latin genitas meaning to beget--are not reproductive, the question of their function shifts away from the biological and into other registers: pleasure, intimacy, sociality. As condensed sites of meaning and meaning-making around which selves, affects, resources, anxieties and futures are organized, the genitals signify in excess of the categories of "aesthetic" and "function" that surgeons use to assess them. Not reducible to either aesthetics or function, but constitutive of them both, this excess appears in surgical texts in the form of imagined futures of social and sexual engagement and demonstrates a powerful means by which properly sexed bodies are created.

Facial feminization surgery (FFS) is a set of bone and soft tissue procedures intended to feminize the faces of transgender women. In the surgical evaluation, particular facial features are identified as “sex specific” and targeted for intervention as such. But those features do not exhibit “maleness” or “femaleness” alone; they are complexly entwined with morphologies of ethnic classification. Based on clinical observation, I show how the desired feminine ideal conflicted with facial characteristics identified as “ethnic.” In FFS practice, “masculinity” and “ethnicity” were entangled as the constitutive outsides by which desirable “femininity” was articulated. I argue that surgery that self-consciously enacts a patient’s move away from physiognomically identifiable ethnicity in order to achieve an ostensibly unmarked and neutral femininity becomes not only a process of feminizing the face but of whitening it, regardless of whether “white” features are the express desire of the patient or aim of the surgeon.

The Look of a Woman: Facial Feminization Surgery and the Aims of Trans- Medicine. Duke University Press.

Developed in the United States in the 1980s, facial feminization surgery (FFS) is a set of bone and soft tissue reconstructive surgical procedures intended to feminize the faces of trans- women. While facial surgery was once considered auxiliary to genital surgery, many people now find that these procedures confer distinct benefits according to the different models of sex and gender in which they intervene. Surgeons advertise that FFS not only improves a trans- woman's appearance, it allows her to be recognized as a woman by those who see her. In The Look of a Woman Eric Plemons foregrounds the narratives of FFS patients and their surgeons as they move from consultation and the operating room to post-surgery recovery. He shows how the increasing popularity of FFS represents a shift away from genital-based conceptions of trans- selfhood in ways that mirror the evolving views of what is considered to be good trans- medicine. Outlining how conflicting models of trans- therapeutics play out in practice, Plemons demonstrates how FFS is changing the project of surgical sex reassignment by reconfiguring the kind of sex that surgery aims to change.

Anatomical Authorities: On the Epistemological Exclusion of Trans- Surgery Patients

​
In the 1970s, American feminist health activists created representations of genital anatomy intended replace the abstracted images of biomedicine’s “modest witness” with what Michelle Murphy has called the “immodest witness,” a form of authority explicitly derived from personal and embodied experience. Decades later, a feminist publication in the tradition of the immodest witness called Femalia, was adopted into the practice of an American surgeon specializing in transsexual genital sex reassignment surgery (GSRS). Based on ethnographic and textual research, I show how oppositional claims to represent the “natural” female body—one valued for its medical objectivity and the other for its feminist subjectivity—effectively foreclosed the transgender patient’s authority to contribute to her own surgical care. I argue that transgender patients’ double epistemological exclusion contributes to a broader asymmetry in the use of patients’ subjective reports in the everyday practice of GSRS and the clinical research by which it is evaluated.

​Can a Transgender Body Be the Body of the Nation?, AAA Anthro News​

How Sex Reassignment Works in America, The Feminist Wire

Transgender Medicine: Medicare Access to What?, The Feminist Wire